How Do Anti-Graffiti Films Work?

Home » How Do Anti-Graffiti Films Work? 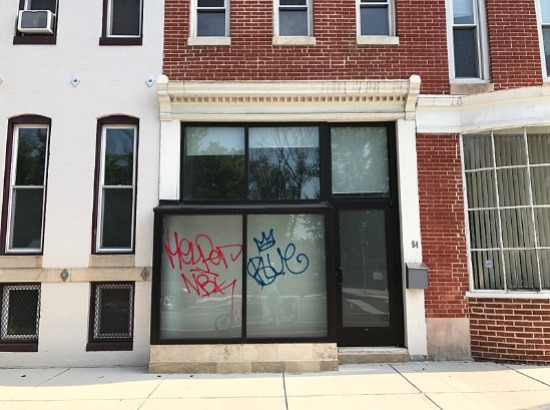 Developed in the 1950s, film coating has been adapted to suit a wide variety of industries and applications, including surface protection. Thanks to technological innovations, today’s anti-graffiti films offer versatile protection. They effectively resist not only the markers and spray paints commonly used by vandals, but also the more damaging arsenal of acids graffiti artists now use to etch their work into target surfaces. Film coatings are equally resistant to scratch tagging.

Anti-graffiti film is a clear, adhesive coating that protects porous and non-porous hard surfaces from vandalism or “tagging.” These films create an invisible and removable temporary physical barrier between offenders’ marks and the surfaces they protect. Tagged, marked, or stained films can be peeled off and replaced with a fresh layer.

By eliminating the need to clean or replace vandalized surfaces like windows, doors, and lighted signs, anti-graffiti films positively impact the bottom line. But protective films do more than save property owners time, money, and headaches. They also offer structural reinforcement that helps fragile surfaces withstand the impact of gale-force winds, hailstorms, and other potentially damaging weather events.

In the event of public disorder or other outbreaks of violence that threaten property and people, anti-graffiti coatings can help exposed surfaces improve their resistance to shattering. This latter benefit is of particular value to the owners of street-level plate glass windows or doors in vulnerable areas.

Just as importantly, however, anti-graffiti film coating can protect a company’s reputation where it matters most—in the eye of the consumer. Businesses that look vandalized or run-down are likely to lose customers to those who present a clean, clear storefront. Appearances matter, so when visible damage occurs for any reason, time is of the essence. A prompt response to graffiti speaks positively about a company to potential clients. Anti-graffiti film makes it easy and inexpensive to remove graffiti immediately and protect businesses against vandalism.

At Transcontinental Advanced Coatings, our strat-fx™ optical adhesive films are designed to provide superior anti-graffiti protection but also have other uses, including in the displays of touchscreens and whiteboards. Transcontinental Advanced Coatings is a global leader in producing products crafted with precision. To find out how we can meet your business’s needs, simply fill out our form.